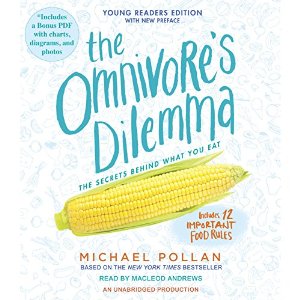 "What's for dinner?" seemed like a simple question - until journalist and supermarket detective Michael Pollan delved behind the scenes. From fast food and big organic to small farms and old-fashioned hunting and gathering, this young readers' adaptation of Pollan's famous food-chain exploration encourages kids to consider the personal and global health implications of their food choices. In a smart, compelling format with updated facts as well as a new afterword, The Omnivore's Dilemma serves up a bold message to the generation that needs it most: It's time to take charge of our national eating habits - and it starts with you.


AudioSYNC chose the young adult version of The Omnivore's Dilemma as one of their free audiobook download pairings over the summer of 2016. I understand that the book has the same overall content and message as the original adult book, but has been simplified and given a new preface. Pollan encourages readers to 'vote with their forks' and explores the different way foods are produced in order to enable an informed choice. This is a very America-centred book, but the horrific industrial farming practiced over there is rapidly making its way to Britain so I found it scarily relevant. I don't think British cows are yet raised as callously as so many American ones, but certainly a high proportion of our chickens and pigs suffer as theirs do. And, of course, our post-Brexit Tory government is likely to try and do away with EU legislation surrounding food standards in the name of 'encouraging trade'. I would like to encourage everyone to read or hear The Omnivore's Dilemma and/or Farmageddon before they allow their future health to be compromised and the rules protecting our food to be swept aside.

I didn't agree with everything Pollan maintains, especially his stance on long-term vegetarianism and his assertion that hunting animals with guns 'should' be a rite of passage. (I was still an omnivore at the time of reading.) He does repeat himself quite a lot too which began to feel like hectoring towards the end. However, issues such as the insane subsidies of corn and its subsequent takeover of fast and processed foods are fascinating. Feeding ruminants, such as cows, corn irrevocably damages their health, so how can corn-fed beef be good for us? Is industrially grown organic food missing the point? Whuy are Scottish shellfish shipped to China for processing, then all the way back to Europe to be sold?

I enjoyed listening to The Omnivore's Dilemma. Pollan's personalising of his journey to food awareness makes for an interesting book and he puts his points across well. The difference in available food, especially by way of organic options and farm shops, a decade after its first publication is certainly encouraging and means it is less of a struggle for most of us to find healthy food. Whether we choose to do so though is still a very big question.

I am linking up this review with February 2020 Foodies Read at Based On A True Story.
I received a copy of The Omnivore's Dilemma by Michael Pollan via AudioSYNC. This review was first blogged on Literary Flits. 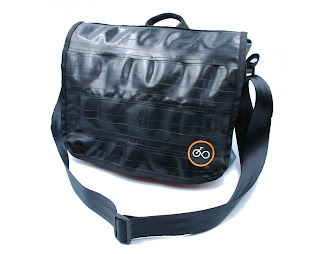 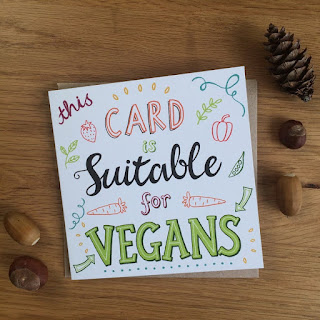